To increase or decrease the size of the content,
use the following keyboard shortcuts: 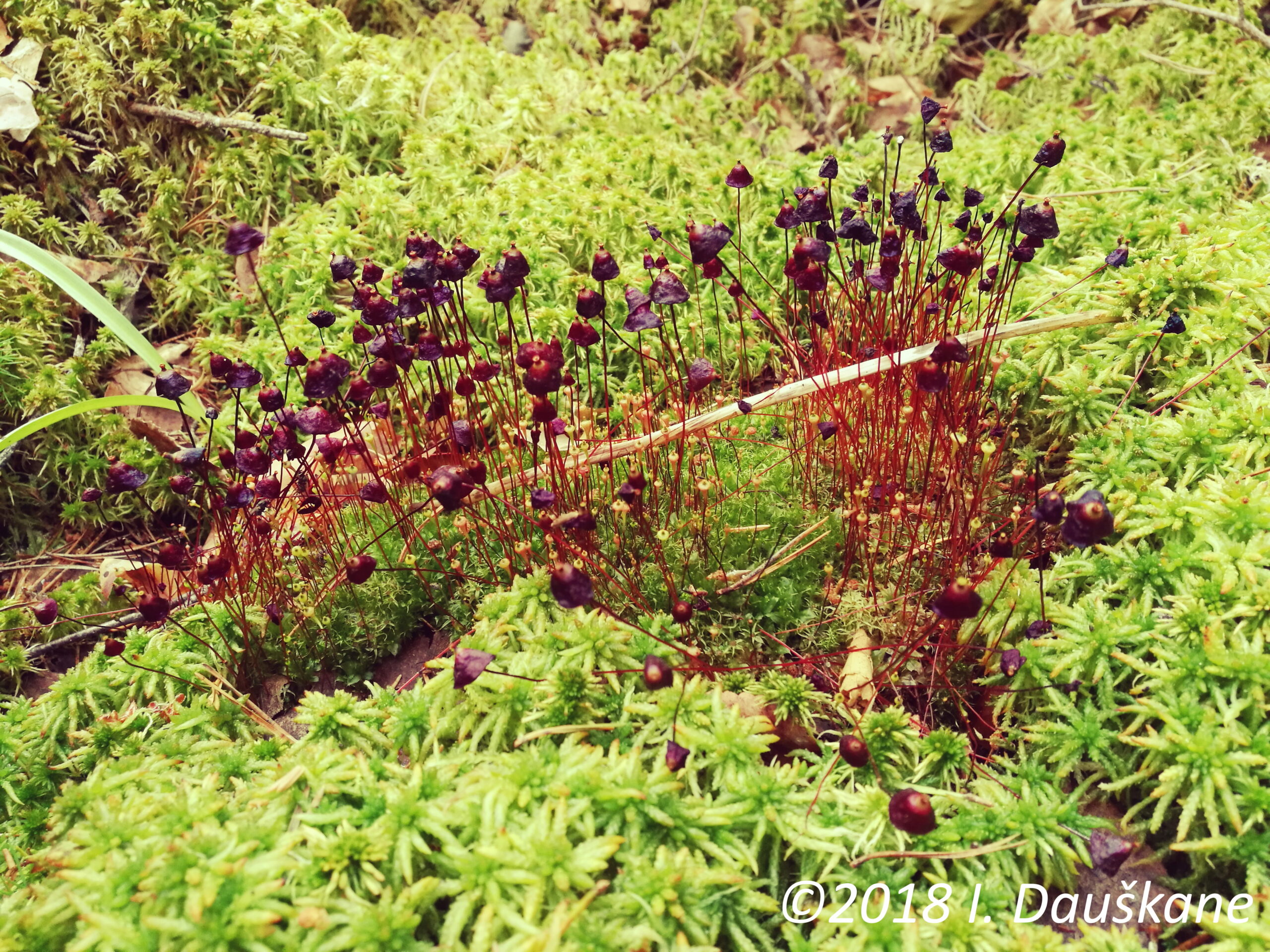 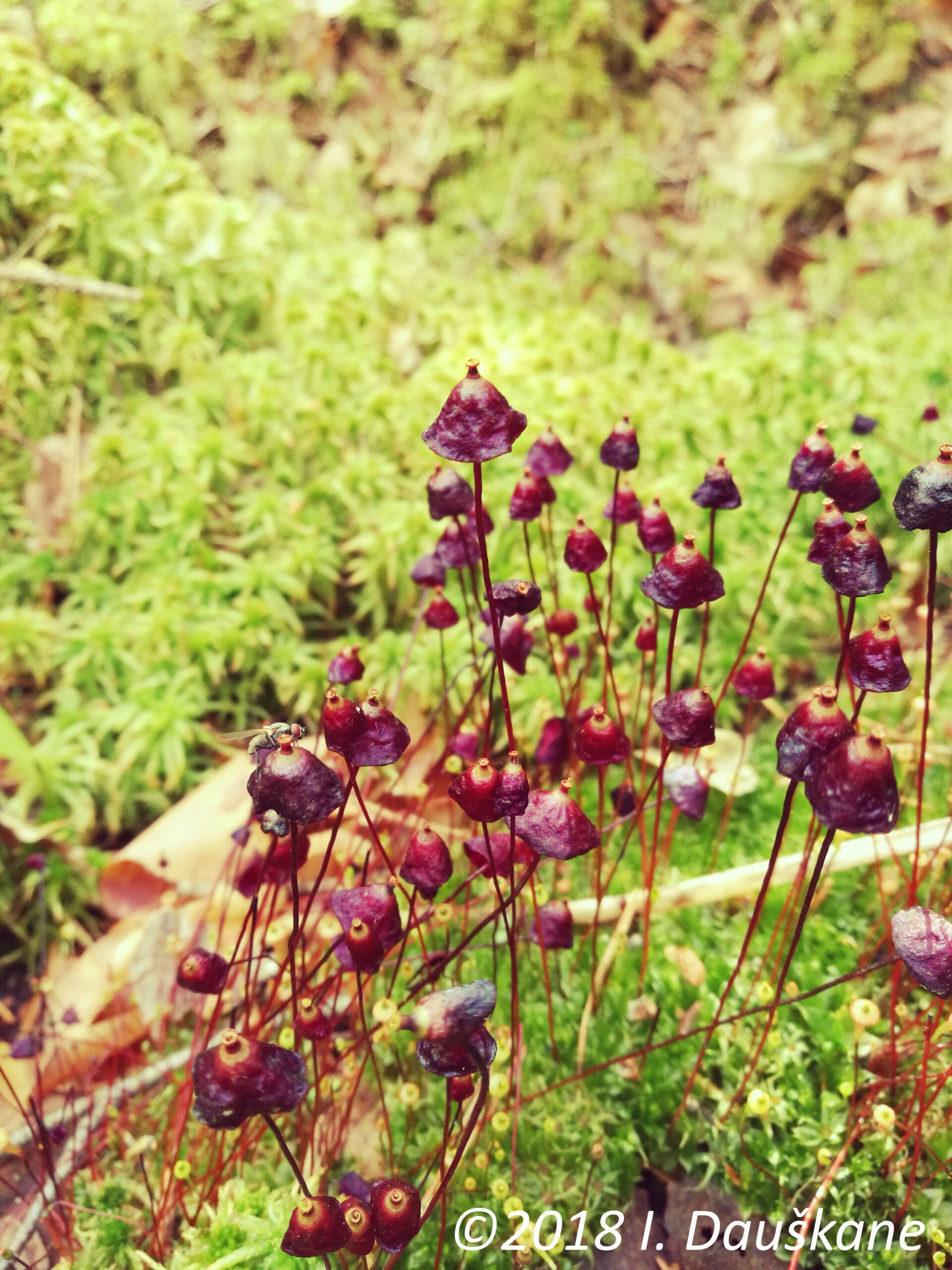 Colour: light green with bright red umbrella-shaped capsule
Stem: 1,5-3,5 cm high
Leaves: obovate, 5-7,5 mm long, leaf margins are coarsely toothed, a costa is disappearing in the apical part of leaf
Spore producing structures (sporogonia) develop and ripen in summer on 5-13 cm long orange-brown stem of spore structure (setae). Capsule that contains spores is orange-brown 1-1.5 mm long and bright red, 6-11 mm vide umbrella-shaped structure (apophyses) is located beneath it. Spores of the moss develop on large herbivore dung, most often on dung of moose or organic matter of unknown origin. Spores are sticky with unpleasant smell that attracts insects, mainly dung flies. These flies then spread the spores further. Life span of the moss is approximately 3-5 years, until the substrate is completely decomposed. Brilliant red dung moss grows together with other dung mosses, sphagnum, and other mosses.

Species has been found in Eurasia and northern part of North America. Brilliant red dung moss had been found six times in Latvia – in east Latvia - northern and central part of Vidzeme. First record in Latvia was in year 1965 in Valka parish, afterwards it was found in valley of river Veseta in Aiviekste parish in 1967 and in Kalsnava parish in 1973. Species was found in Teiči Nature Reserve in 1987. After previous observations brilliant red dung moss was found once more after 30 years in 2017 in Alūksne district and Ogre district in 2018. In Latvia, the species has been observed in wet bog woodland and in the periphery of raised bogs. In forests it has been observed on roads and rides. The success of the species distribution is significantly limited by the lack of a suitable substrate. Development of moss spores occurs less because of changes in grazing method and end of grazing cattle in forests. Propagation from the mother plant is possible only at short distances with flies.

The species is threatened by the drainage of swamp forests and mosses, as well as the lack of large herbivores and other animals in forests and swamps.

Brilliant red dung moss is included in Red List of threatened species of Latvia. Only one (in 1987) of the six known observations of species is located in Teiči Nature Reserve. It is required to improve knowledge of species recognition for the study of the population of a species, as it is an easily identifiable and visible species, but it has a short life cycle and a short spreading distance from the parent plant. It is possible that species population is larger in Latvia than it has been observed so far considering availability of suitable habitats for growth of species.